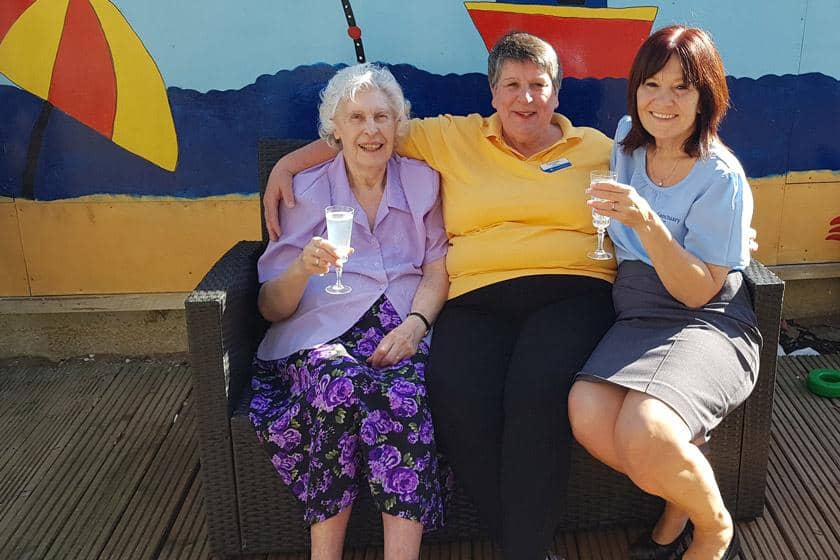 A woman who brings “joy and smiles” to her residents and colleagues at a Sanctuary Care home in Chigwell is overwhelmed after being shortlisted for London’s regional finals of the Great British Care Awards.

Lorraine Erich, of Pinewood Residential Care Home, is in the running for The Care Home Activity Organiser Award when she attends the regional finals of the prestigious awards next month.

The accolade celebrates individuals who provide an activities programme which shows ‘exceptional skills and creativity’.

Lorraine, who has worked at Pinewood, in Manford Way for 26 years said: “I was so shocked to find out I had been nominated as I have never been in the running for anything like this!

“Our residents mean so much to me - I love to make them smile and laugh and always try to treat them like I would have treated my own mum and dad.”

Speaking about how she would feel if she won the award and went through to the national finals she said: “It would be such a big achievement I would just be over the moon!”

The Sanctuary Care home’s manager Denise Brown, who described Lorraine as “someone who brings joy and smiles to everyone” in her nomination, added: “We are so proud of Lorraine and so happy for her. She empowers our residents to do things that make them feel proud of themselves and that is such a special quality. She truly deserves this award.”

Other inspirational qualities highlighted in Lorraine’s nomination were the way she supports her residents to remain integrated with the community outside the home by organising regular visits from nursery children, as well as giving her residents the confidence to try completely new things and reigniting their interests in favourite pastimes that they thought they could no longer do.

Lorraine will be attending a black tie awards night on Saturday 10 November in London, where the winner of this and other awards categories will be announced.