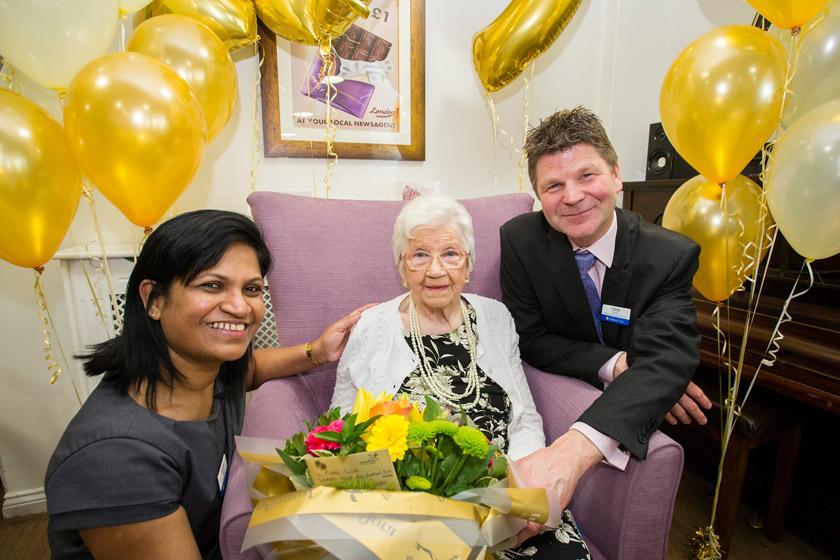 There was much to celebrate as the eldest recorded person in Coventry, marked her 109th birthday this week at her Sanctuary Care home.

Surrounded by family and friends, Edith Smith celebrated her milestone birthday at Lammas House Residential Care Home on Lammas Road, where she has lived since 2014, living independently until she was 104.

Looking back at her incredible 109 year life, Edith said: “My advice to my younger self would be to make the most of things and enjoy life and every part of it.”

Born in 1909 to parents Louisa and Harry Laycock during the reign of King Edward VII, Edith grew up in Bradford later moving to Coundon, Coventry with her first husband Harold and has lived in the city most of her life.

During the Second World War, husband Harold was an engineer in a reserved occupation and was also responsible for looking out for fires started in the city by enemy bombs, leaving Edith to look after their new-born son Roger.

Edith didn’t have an air raid shelter in her garden so rather than use the communal shelter in the street, which was filthy and infested with rats; she would shield Roger during the bomb blasts by hiding under the dining room table.

Following the severe bombing of Coventry in November 1940, when the city was annihilated by German Luftwaffe, Edith and thousands of others escaped from the city.

Edith and Roger moved to a farm in Leicestershire to get away from the danger of the raids, where they lived for several years.

After the war Edith lost her first husband Harold, who died of lung cancer at the age of 55. With a pension of just 50 pence per week she had to work as a bookkeeper for a company in Coventry to make ends meet.

When asked if she could go back in time and change one thing, Edith said: “It would be to be able to have more time with my first husband.”

Edith has always had a passion for dance and was a hobby she enjoyed well into her 90s. Dance also led Edith to love, meeting her second husband Harry at a local dance hall.

Despite Edith’s son Roger sadly passing away at the age of just 35 due to a brain haemorrhage, her family has since blossomed into four generations with grandsons James and John and great-grandchildren Freya and Beth. 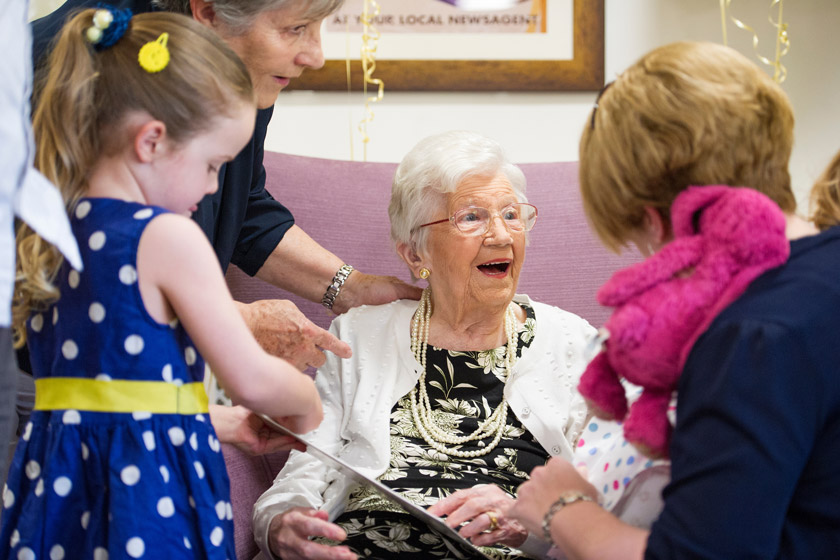 Spilling her secret to reaching such a great age, Edith said: “It could have been Gin and Tonic or being busy, having a good family, playing tennis or dancing!”

Rukmi Silva, home manager at Lammas House said: “Edith is a real lady – she has so much grace and elegance and is always immaculately presented, taking great pride in her appearance. She is so inspirational and we are enormously proud to have her here with us here at Lammas House.”

Sanctuary Care’s Director of Business Development, Chris Poole, who was also present at the celebrations said: “It was a truly special day and was wonderful to be able to mark this incredible milestone with Edith, her friends and family. She is a credit to Lammas House and to Coventry.”